This is the story of how Twitter ties together educators and helps them to iterate and evolve their practice inch by inch, which in my opinion, is the best way.

So now I’ve blocked some time in my calendar to learn about Equity Maps, which looks like a very interesting way to approach conversations of all kinds in schools. I also shared Colley’s post with the teacher whose class I observed, hoping we’ll have a conversation about it. 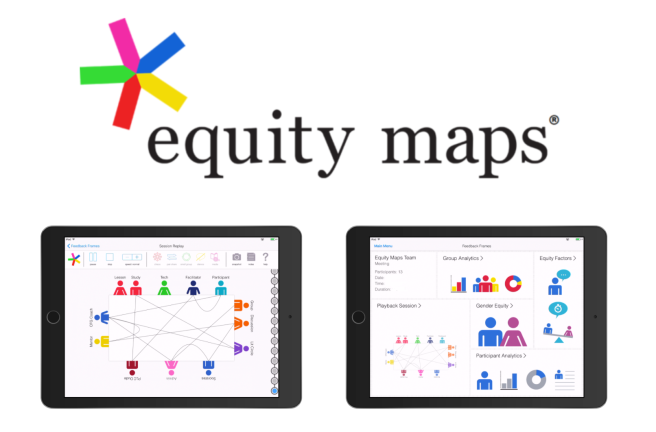 Several years ago, I had a powerful experience in the woods.  I was chaperoning a group of sophomore boys on a retreat-style field trip to help them form a bond before the start of the school year.  As we proceeded throughout the day, I became increasingly anxious — I knew that our culminating experience would involve a high ropes course . . . and that I would be asked to participate . . . and that my fear of heights could cause me to freeze up, embarrassingly, at some point on the course.  I imagined myself, these boys’ role model, huddled up and shaking on a tiny platform nailed to a tall tree.

Our guide that day was an easygoing, athletic man who was completely at home in the woods.  As he loped along, flowing through the trails like water, he told stories about his former life on Wall Street.  I enjoyed listening to him because each story presented him in a humble light and had some kind of deeper point.  He was good at his new job and clearly knew it was a blessing afforded by his old job.

At one point, I finally confessed.  My students were increasingly laughing and joking about the upcoming ropes course, and their boldness somehow only amplified my anxiousness.  I told our guide, out of earshot of the young bucks, that I had to find a way to avoid the ropes course.  And could he help me.

He paused the long pause of the wise.  He may have even stroked his salt and pepper beard.  (Yes, this was one of those archetypal moments!)  And then he told me something that I have never forgotten.  After affirming that I was, in fact, very nervous, he said, “Good.  If you’re nervous then that means your body is primed for action.  All you have to do is rename the nervousness.”

“Okay, I’m panicked,” I said, “not quite understanding.”

“Wrong name,” he countered.  “You’re not nervous or panicked . . . you’re excited.  Try that instead.  Try thinking that.  Try saying it.”

As we talked some more, he explained that excellent performers in all walks of life are often nervous before their big performances.  But, through long training, they find a way to repeatedly convert nervousness into fuel.  They find a way to feed off of nervous energy by using it for excitement, pep, a burst of power.

Long blog post short, his advice worked.  It wasn’t perfect — my legs still shook and my breath still raced as I worked through the ropes course — but I didn’t embarrass myself.  What’s more, I actually performed quite well during the challenge.  Since then, I’ve used the renaming technique dozens of times, most directly before I speak in public.  I now look forward to the surge of energy that comes with difficult professional challenges — and I only really worry when I’m not a little worried before something big.

I wasn’t surprised, then, when I heard about a concept called “anxious reappraisal.”  Writing for The Atlantic, Olga Khazan explains:

[Anxiety] and excitement are both aroused emotions.  In both, the heart beats faster, cortisol surges, and the body prepares for action. . . .  The only difference is that excitement is a positive emotion, focused on all the ways something could go well.

According to Khazan, anxiety “reframed as excitement” can lead to better performance by helping you, the performer, “focus on all the good things that can happen if you do well” as opposed to dwelling “on all the consequences of performing poorly.”

I had both of these stories on my mind when I did a quick Google search of Kyrie Irving, something I’ve been doing every few days since his move to the Boston Celtics.  I’ve had a hunch that his success this season is at least in part a result of a deep commitment to the mental side of the game.

In an article for ESPN, Chris Forsburg pointed to a “gushing monologue” from Irving about “his love of the fourth quarter,” or what Forsburg calls “the final frame.”  It’s a pitch perfect example of what Khazan describes in her article.  It’s the essence of “the opportunity mindset” made visible.

It’s go-time . . . Especially when the game’s in the balance, it’s the best time to play. Just ultimate freedom, just to really showcase what you’ve been working on because you know that you’re going to get the team’s best shot on the other end . . . Some guys think a lot quicker than others. I was just fortunate enough that my mind works a lot quicker than other people in the fourth quarter . . . So it just gets me going a little bit. Especially when it’s a close game, there’s just nothing like it. NBA, every crowd’s going, whether home or away — there’s just nothing better. I love playing in those type of situations.

It’s instructive to read Irving’s statement with Khazan (and my long, lost tour guide) in the back of your mind.  He’s in phenomenal physical shape, for sure, but his mind is sharp, too, helping him to see a highly stressful situation as “go-time” and “the best time to play.”  Going a step further, he sees it as “ultimate freedom,” which is at or near humankind’s highest aspiration.  It allows him to “showcase” all the practice he has done and makes him feel “fortunate,” and like the most special version of himself (“my mind works a lot quicker than other people”).  It’s possible to say that he’s one of the most clutch players in the NBA right now because he thinks about, and loves, the clutch moment in the most optimal way possible.

Special thanks to Jon Seipp, who runs a book club for Boston College alumni and shared the Khazan article, and Tony Jones, for nurturing my slow hunches about the mental side of Irving’s game. For more on this topic, here’s a related post about the work of Dr. Stan Beecham.